I Love You, But I’m Not In Love With You: A Guest Post by Julie Davidoski

Click on the eyeball to be directed to other writers who are participating in this series!

Valentine’s Day has come and gone, and, no doubt, some of you are feeling bummed out. Like maybe your boyfriend gave you a pencil for Valentine’s day. Yeah, that happened to me once, too. Jules of Go Jules Go is here to offer a little perspective on love, and she explains — without bitterness — how all the loving we do is worth it in the end. If you aren’t already following Jules, you should. A humorist, known for being downright hilarious, Jules shares another side of herself today. Tweet with Jules at @JulieDavidoski.

I was 18 years old when my life began.

One summer day, after the Y2K dust settled, an auburn-haired woman walked into the local book store where I worked. Jenn. The new hire. Nearly half a foot shorter than me, her sundress flapped against ivory legs as she took the new hardcovers to the front of the shop.

We were fast friends, chatting in between placing orders and ringing up customers.

“You were maaaade for retail,” she teased, quoting one of our recent patrons. 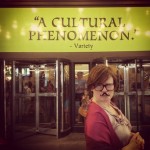 I rolled my eyes. I’d taken the full-time job at the book store at 16, the same year I earned my GED. I was taking classes at the local community college, my sights set on screenwriting. Bullied for glasses, braces, a few spare chins and a penchant for white tights, I was eventually home schooled. I sometimes wondered if ‘old soul’ really meant ‘late bloomer.’

Jenn regaled me with sordid tales of her past: Running away from home, men calling in the middle of the night begging for forgiveness, operatic dreams dashed, sex, drugs and rock and roll.

“You need a little fun in your life,” she said one night as we sipped Sangria at a local bar. At 24, she was five years older than me and knew all the places with the most lenient carding policies. 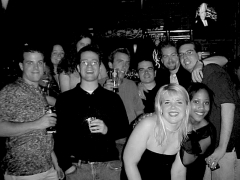 A little fun in my life.

One month before my 19th birthday, Jenn and I took our shoes off in the mud room of her parents’ colonial and walked into the small, outdated kitchen, like we’d done many times before. We were surrounded by blue painted cabinets and faded wallpaper. Despite its age, everything in the house was spotless.

And there he was.

The figure sitting at the small round table, munching away on carrot and celery sticks, shared Jenn’s fair skin and self-proclaimed ‘large Irish noggin,’ but had much darker brown hair and eyes. Goodbye Justin Timberlake, hello…

Jenn’s twin brother. The apple of her eye. He grinned widely, eyes sparkling.

In addition to sharing physical similarities with his twin, Dan shared Jenn’s intelligence, musical ability and sense of humor. He’d graduated two years earlier with a degree in Psychology, but his true passion was film, giving us plenty in common. He had a serious girlfriend, but she didn’t like his friends, which meant every time I saw him, he was alone.

And suddenly he was everywhere. The next time we met, we talked for over an hour. The third time, he sprung up and gave me a giant bear hug. His solid frame pressed against me, and I lost my breath. I’d never been held like that.

That same night, he stopped me from leaving.

We stood in the laundry room of a friend’s house, chatting for a few minutes about music. When, it was time for me to go, Dan stepped forward to circle my waist with his arms.

“You give good hugs,” I murmured.

He gave a throaty chuckle and squeezed me even more tightly.

Over the following months, the conversations and hugs grew longer. And longer. But he never made a pass, and I was sure I was imagining things.

Finally, I emailed Dan. “I think there’s something between us,” I wrote, heart racing. “You’re completely amazing, and I wish you all the best life has to offer,” I went on. “I’m just afraid -and my ultimate point lies here- that you won’t realize when it’s being offered to you.”

I wrote that on a Thursday.

On Sunday, Dan replied, explaining his lack of response indicated “slight discomfort” because, while he enjoyed my company just as much, it was in “a different way.” He ended by saying he hoped that we could “continue to chill.”

I was devastated. Humiliated. Yet some part of me wasn’t willing to accept his words. I was sure if I waited long enough, and tried hard enough, I’d get the thing I wanted most.

“I thought it was all in my head,” I breathed.

“It’s not,” he replied, brown eyes blazing. He held me and stared into my eyes, like he always did.

“I tried to figure out if I just wasn’t pretty enough or smart enough or funny enough,” I gushed. The words were out before I could censor them, and I didn’t care.

“That’s ridiculous,” he reassured me.

The following year was speckled with more kisses, a couple of midnight confessions, and an endless series of marathon hugs. He loved me, and said I was one of his best friends, but he was never ready to leave his girlfriend and accept all I was willing to give.

Before I knew it, I was 21 and begging Dan not to leave a party.

And that was the moment.

The moment I decided to let myself fall in love with someone else. Someone I’d known a long time. Someone who, as it turns out, loved me back.

That man is my now husband. 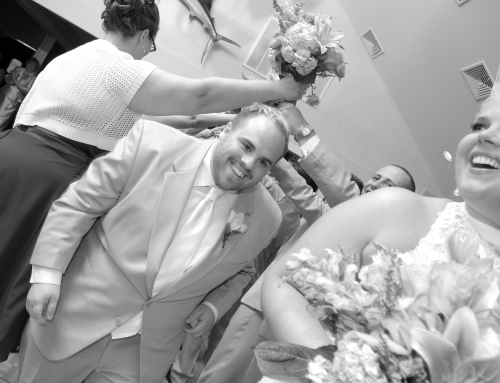 Jenn once told me, when I finally confessed how I felt about her brother, “Your loving Dan has a purpose, if only to make you see how much you deserve in love.”

And she was right. I never would have known how to appreciate all I have now if it wasn’t for all I didn’t have then. I finally realized love was easy. Simple. Happy.

Any time people talk about their most embarrassing moments, I think of that email I sent to Dan, confessing my feelings. I cringe. I blush. I bury my head in my hands.

But part of me loves that girl who didn’t get the guy. Because at least she tried.

Have you ever waited too long for love?

This entry was posted in Guest Writers and tagged #SoWrong, holding on to something that isn't there, love, unrequited love, Valentine Day. Bookmark the permalink.

88 responses to “I Love You, But I’m Not In Love With You: A Guest Post by Julie Davidoski”