Why Overnight Camp Is Nothing To Be Afraid Of

This is the 1st in a three part series about why I send my child to summer camp. 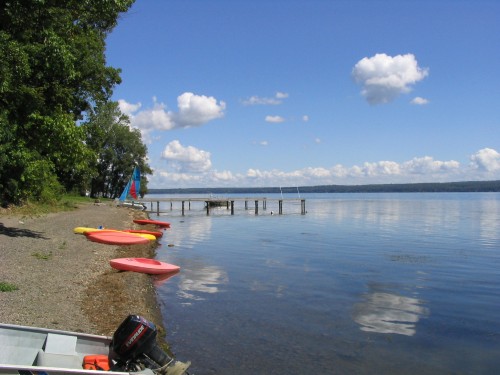 It happens each summer. People ask about our plans, and when certain folks learn that our child spends several weeks each summer at overnight camp, I am met with looks of incredulity and sometimes horror.

More often than not, people gasp and say things like: “I could never do that,” as if to imply that I somehow force my son to pack his trunk and duffel and get out of our house. Nothing could be further from the truth. In fact, if I didn’t let him go, he would consider that the biggest punishment – ever!

Sometimes I get a variation on the theme: “I would never do that.” This response is extra excellent as it is packed with a little judgment, which I really appreciate. This response implies that I am somehow harming my child, perhaps inviting trouble into his life because I won’t be there to oversee his every move 100% of the time. (Can you imagine?)

When people respond this way, I sometimes get a little snarky and say, “At least this summer he came home with nine fingers.” (Insert a dramatic pause.) “Last summer was a disaster.” I know they are imagining pedophiles lurking around the showers or picturing their own children drowning, their heads being held under water by rowdy unsupervised troublemakers.

These are their issues.

For me, overnight camp was the greatest gift my parents ever gave me, and I feel fortunate that my husband and I are able to pay this gift forward to our child. Here’s what overnight camp gave me and continues to give children who attend each year:

1. Continued Independence. Each August, sonny boy and his posse of buddies hop on the camp bus and return with a kind of “we-can-survive-without-our-parents” vibe. I once asked my son if anyone ever gets homesick. He shrugged, “Usually, our counselors keep us too busy to even think about being homesick. If it does happen, it is usually the new kids – but once they get into it and get comfortable with the routine, all that homesickness goes away,” then he added, “Plus, we take care of each other.” 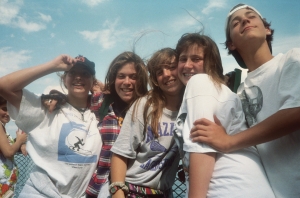 Living in a bunk with 8 or 9 “summer siblings” affords kids the opportunity to develop some amazing problem solving skills.

If there is an argument, instead of a parent swooping in to the rescue, the boys generally have to work it out by themselves.

That means using their mouths to directly communicate their feelings. Sometimes they aren’t so great at expressing the subtle nuances of their emotions, but – again – they have each other to lean on. If things ever escalate, they have counselors and Unit Heads to help them.

There are other benefits of living in a large group. The boys learn to respect each other’s property, tolerate each other’s quirks, and appreciate each other’s boundaries. Everyone sees each other at their best and their worst selves. Summer camp goes a long way towards undoing that horrible “entitled” attitude. The spoiled girl quickly learns when her peers have had enough of her whining. Kids are patient to a point, but when an entire bunk is angry at you, it is time to take a look in the mirror. Campers quickly learn that despite the fact that a person cannot always get what he wants, everything usually turns out okay in the end.

3. Time Away from Technology. Okay, so when I was young, there was less technology, but I still missed Wheel of Fortune, Jeopardy and General Hospital. These days, chances are that your children know how to do things on your computer and cell phone that you had no idea could be done. During the school year, older kids are addicted to their social networks (Facebook and MySpace), their email accounts, their Apps, the Internet, and IMing. They are used to the constant buzz-ping of each new text message as it arrives. Being unplugged from most technology allows kids to connect with each other, a valuable skill that seems to be getting lost a bit these days. My son reminds me, “We’re not totally cut off. We can have iPods (there is no Wi-Fi access), so if someone needs some alone time, he can just pop in the ear buds.” But staff members have told me that after a few days, many kids begin to prefer people to gadgets, and rather than tune out, they start to look for other campers to “hang out with.”

4. Connection to Nature. While our family is fortunate to live in an area with plenty of access to great parks, during the school year, many children just do not have a lot of spare time to go outside and play. My son says, “At camp, we are kind of forced to appreciate nature. It’s easy to forget, but once you start walking around, you can’t help but remember.” Camp Seneca Lake has over 200 acres to explore. Trails to blaze. There are squirrels, field mice, lots of ants and millipedes; there are raccoons and skunks and deer. There is a beautiful lake with a beach that consists of zillions of flat shale rocks, perfect for skipping. What more could a kid want? 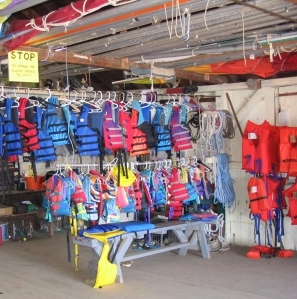 Opportunity to Try New Things. I like to think of CSL as a “liberal arts” camp.

Unlike sports camps where kids learn the skills necessary to specialize in one venue, at CSL kids have the opportunity to try new things simply because they have access to so many opportunities they may not have at home.

The “non-jock” can try floor hockey or excel at Ga-ga, a weird game I’ve never seen played outside of summer camp. There are plays in which kids can perform; an art barn where children can make jewelry, throw on the potter’s wheel, batik, make candles, draw, paint, make just about anything. (A far cry from boondoggle – although they have plenty of that, too.) At Athletics, they can practice archery, basketball, tetherball, softball, tennis, ping-pong – and any other land sport you can think of. The waterfront offers canoeing, wakeboarding, waterskiing, sailing, banana boating — even opportunities to swim-the-lake! Picky eaters might even try something new because the kids work up a real appetite trying all these incredible activities.

There is more to say, and I will, but I would also love to hear from you.

Would you allow your child to attend overnight camp for an extended period of time? Why or why not?