Only The Names Have Changed 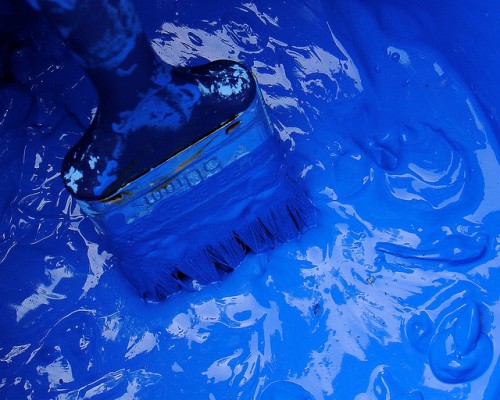 photo by raysto at flickr.com

June is a month to reminisce. I decided to challenge myself to think about the very first memory I could recall from kindergarten through 12th grade. And while I have changed the names (actually, I substituted them with the names of some of my most favorite bloggers), the facts are true. So true that some people may be able to identify themselves, or others. It is not my intention to have people name names. However, I would love it if you would think about your own K-12 experiences and share one moment that pops into your head.

In Nursery School, Julie, Ellie, Amy and I liked to play on the whirlybird, a contraption that consisted of two crossed bars with four attached seats as well as foot pedals for each rider to pump. Once everyone was in sync, riders could spin in circles. Once, Julie decided that she and the other girls were “three witches” and wouldn’t stop spinning, even when I cried. At some point, I slipped off my seat and landed on my back under the whizzing blades. I remember the breezy whir of their skirts as they spun over my head.

Jeff was in my class from kindergarten grade on up, and he once spilled an entire bottle of blue acrylic paint on my dress during art class. That was how I knew Jeff loved me.

In first grade, Paul wore a leather, fleece lined aviator hat to school. He often had black eyes. It never occurred to me to ask him how he got them.

Leanne was my friend in second grade. She lived over a beauty parlor and her bedroom smelled like burning hair.

In third grade, Knox was one of two only black students in my class. He could turn his eyelids inside out, which was creepy but cool. He called me on Saturday mornings and we sang disco songs together.

Chase sat behind me in fourth grade. On the first day of school, I said I had a pair of blue flip-flops at home, and he said they were actually called “thongs.” From then on, we disagreed about everything.

Piper was my best friend from fifth until eighth. We walked around the local shopping mall after and created an elaborate game out of touching people who wore fur coats. Points were awarded if the fur coat wearer did not notice the touch. If you were caught, you lost a point. Terri eventually threw me over for the Deadheads.

Eric was class president in sixth grade. He kept my gerbil when we my family went on vacation, and it died. He cried when he brought back the empty cage.

In seventh grade, there was a girl named Tamara who had something wrong with her face, some kind of palsy that made her mouth twist in a scary sort of way. One day she announced that she was “going to get her face fixed” and that the next time we saw her she’d look completely different. We never saw her again.

My best friend in eighth grade got her ears pinned back and taped aluminum foil antennae on top of the huge white bandage on her head. Everyone thought she was very clever. She once kissed me on the lips during an overnight when she thought I was sleeping.

Kim was the popular girl all through high school. She was also mean. In ninth grade, she used henna that made her hair turn a horrible shade of orange, but no one laughed at her. Instead, we all told her how pretty she looked.

Clay got in trouble in English class sophomore year and had to go to the library to write an essay on angels. Later, he went to some Ivy League school and got in trouble for selling fake IDs.

Wendy and I double-dated when we were juniors. She talked “baby talk” to her date all night long. He seemed to dig it. It. Drove. Me. Nuts.

During my senior year, I dated a boy who was more serious about me than I was about him. When I finally broke up with him, I was rather dismissive. He excused himself and disappeared behind the door of the green bathroom of my parents’ house where he cried for a long time. I know this because I went in the den to watch a one-hour television program, and – intermittently – I heard his sobs. When he finally came out, my show had ended. His eyes were red and he looked ruined. Looking back, I didn’t handle that one very well.

Some guy named Tyler wrote in my yearbook: “May your tail fall off and your hair shrivel into snakes. I’ll never forget you.” I seem to have forgotten him.

46 responses to “Only The Names Have Changed”

Leave a Reply to Renée A. Schuls-Jacobson Cancel reply