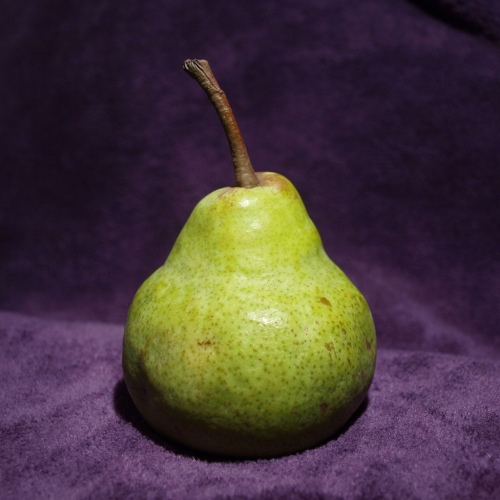 Photo by Auntie P at flickr.com

Today, I did something wrong.

I ate a perfect pear in January.

In this part of the United States, January usually means down jackets, snow pants and polar fleece.

By now, we should have built a snow fort or two; our weekends should involve ski slopes and sleds and hot chocolate by blazing fires.

January is supposed to mean batting flakes out of my eyelashes as I go into the grocery store and scraping the ice off my windshield on my way out.

So while the earth is firm under my feet and breathing the air makes me cough, I can still see grass.

We are at a threshold, neither in nor out.

And on this winter morning, as my son slid out the back door wearing a new parka — so blue against the white sky – biting through that pear’s flesh tasted entirely wrong.

The sweet nectar was delicious but wrong.

I tried to be grateful for a summer reminder.

{In subtraction, they would call it the remainder.}

But I’m tired of these remnants, the what’s left sticky residue of summer on my fingers.

Let it be winter already: enough of this in-between.

Is anyone else wishing for full-blown winter?

This entry was posted in When Life Doesn't Fit in a File Folder and tagged December, Ski, Sports, United States, where is the snow?, winter. Bookmark the permalink.

43 responses to “Something Wrong”