When the Teacher Doesn’t ‘Get’ Your Kid: a #LessonLearned by Marilyn Gardner

I “met” Marilyn Gardner when she was Freshly Pressed with the fabulous post “Dull Women Have Immaculate Coffee Tables.” As a total neatnik, I immediately took offense. But I quickly calmed down. Marilyn had so many fabulous things to say.

Cool things to know about Marilyn: She was raised in Pakistan and tasted her first strawberry in Afghanistan. She has 5 children born on 3 continents – 2 born at a hospital overlooking the Nile River. She loves tea and scones, especially in London. And she wants to be buried with her Passport.

Click on the teacher lady's butt to see other #LessonsLearned

When The Teacher Doesn’t “Get” Your Kid by Marilyn Gardner

The F could not be disguised. No matter how skilled my son was with the fine-point of a Sharpie, we could tell that it was not an A+ in English. If the pen smudge hadn’t given it away, then the comments would have: “Does not do his homework. Disorganized. Enthusiastic in class.”  Even though I had heard the comments before and knew they came from a drop-down list on a computer program, they still stung. This was my easy-going, bright, 16 year-old, and he loves writing. How can he be getting an F?

School had always been a challenge for Jonathan and by default, me. Had I the ability and had he been a first-born, I would probably have decided to home-school but he was the youngest of five and I had become a relaxed parent, learning that a poor grade in high school didn’t necessarily equate to a life of underachieving. I had also learned that I could occasionally indulge in the immature act of locking myself in my room to escape, that unless blood was flowing there was no need to panic, and that hiding a secret stash of wine and chocolate did not make me an alcoholic or a binge drinker/eater – it made me a mom who knew how to coddle herself and engage in “self-care”. 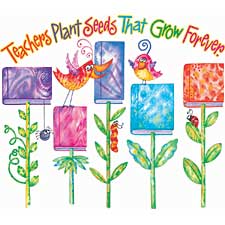 Except when they don't.

I have tremendous respect for teachers and early on I realized although we may differ on the details, we both had the same goal in mind – that my children achieve their potential in an academic setting. Or, mostly we had the same goal in mind. Occasionally there was the teacher that did not seem to think there was potential, and that was the challenge presented with the F. While on the surface it looked like the F was a product of laziness and disorganization, on further scrutiny it was clear that the F was a product of Jonathan and the English teacher butting heads. The English teacher was a newbie and a realist. My son is an old soul and a romantic. This is a kid that spent a Friday night in October at an event called “Waking Jack Kerouac” in Lowell, Massachusetts. He is not your average student. And if I am honest, she is not the first teacher to face frustration with him in the classroom.

So there we were. Jonathan on one side, teacher on the other, me in between. If there was ever a time to put in the ear plugs and shout “I’m not listening! I’m not listening” to both of them, this was it.  But the reality was (and is) that I need to hear and understand both sides. Life is not about others understanding us, although it’s nice when it happens.

Life is about seeing from both points of view and helping negotiate understanding between the two.

I don’t think this teacher will ever get Jonathan, and the outcome will not necessarily be a grade that is pretty, no matter how much he tries to disguise it with a sharpie. But she isn’t there just to ‘get’ him. She has a classroom full of students, many with far more difficult circumstances than my son. Although I desperately want her to understand and appreciate this child that drives me crazy and that I would give my life for, it’s not a requirement and doesn’t mean she isn’t a good teacher with other, more mainstream, students.

The great thing about this story is that in the midst of the defeat of an F from one teacher, another heard Jonathan playing piano two days later, stopped in and said “I don’t know if you know this, but you are known as an outstanding musician by the faculty in the arts department.”

He grinned until he fell asleep that night.

This entry was posted in Guest Writers and tagged #LessonLearned, education, Educators, gifted and talented or special needs?, K through 12, Teacher, when your child gets an F. Bookmark the permalink.

28 responses to “When the Teacher Doesn’t ‘Get’ Your Kid: a #LessonLearned by Marilyn Gardner”