My son knows that friends are important to me. He understands that my closest friends are the people I can trust to help me when I need them, and he sees I am there for them just the same. If we are lucky (and I consider myself lucky), we have people with whom we can share our deepest secrets; folks who come over even when they know we are sick and barfing; they see us without our make-up on and don’t care that the house is a complete mess; they are the people we shop with, take walks with, or sit still with. I am lucky enough to have people in my life who keep little cans of Canada Dry Ginger Ale in their garages refrigerators because they know it is my favorite drink.

There is, of course, an ebb and flow to friendship. Sometimes one person gives more and the other receives – but friendship cannot be one way. Interactions may be brief or extended, but interactions with true friends should – in the ideal – leave us feeling filled up rather than emptied out. 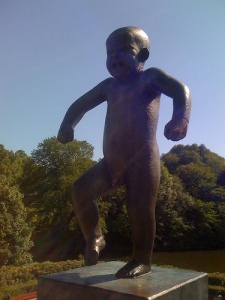 For kids, it’s harder. I imagine sometimes life must seem more like the reality-show Survivor where there are alliances that change daily. There are secret merges. One day you are in, and the next you are on exile island, alone. Or just voted out – excommunicated, without explanation. Blindsided. My son has been negotiating these waters for a few years now. He knows he has friends; it’s just that many of them don’t attend his school or aren’t in his same grade.

Last year, when my child found himself on the ground at recess, getting kicked in the nuts, he noted later, it wasn’t the being kicked that hurt so much (although it did hurt) but that the fact that a person he’d thought was his friend for many years stood by and watched it happen. That betrayal hurt him much more. He felt – and still feels – that if that person had intervened with a “quit it,” or a “leave him alone,” that somehow it wouldn’t have been so bad because he would have known he had that one person. That one friend.

These playground dynamics are also a terrible reminder of the ever-present social hierarchy, that author William Golding was right: It is Lord of the Flies out there, and everyday there are still perpetrators, bystanders, victims, and (sadly) precious few rescuers. And despite all the anti-bullying campaigns, no, we simply cannot seem to all just get along.

This year, things have been much better for my guy. Since he is heading for middle school in the fall, last week I asked him to tell me the biggest lesson he’d learned from elementary school. As we walked side by side, I was pretty sure he was going to say something about making sure to include quotes in his essays, or to try not to get hit in the face during dodge ball, or something about not eating Diet Coke and Mentos at the same time.

He thought for a good while and then said, “For better or for worse, one thing I learned while getting picked on last year is that the only person I can really count on is myself. And that the people you think are your friends one day may not be the next.”

His words seemed too adult, like he understood and has come to accept something dark about humanity that has taken me almost my whole life to understand. I’d be lying if I said I am more than a little sad that he understands it so well at 10 years old.

What is your experience with bullying? Would you rather have your child be the bully than the victim?