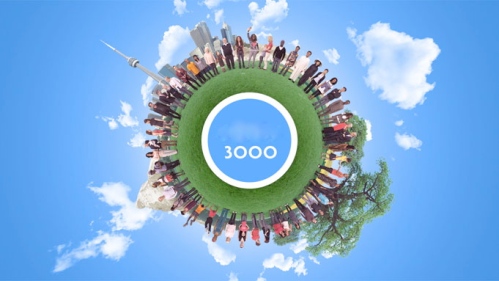 A while ago, I decided that I would reward the person who made the 3,000th comment on my blog with a gift.

No, there is nothing significant about the number 3,000. I just happened to notice that the number was fast approaching, and the time felt right.

I just wasn’t sure what I was going to offer up.

I figured as an English teacher, it would be most appropriate to offer up a book. But what to send?

And then the day came, and I saw who made that 3,000th comment, and everything became clear.

When I arrived in the bloggersphere last May, the very first person to welcome me was Carl D’Agostino. Carl helped me to network with some of his blogging buddies and he has been a steadfast follower ever since my very first post. In fact, no matter what time of day I post, I can pretty much count on Carl to be the first responder. If he lived closer to me, I would totally have him on my person to contact in an emergency list. He is that reliable and that fast.

I was thrilled when I saw that Carl made the 3,000th comment back in March. And because he is a former teacher, I offered him two book titles: F. Scott Fitzgerald’s classic The Great Gatsby (which he once confessed he’d not ever read) or Lynne Truss’ irreverent Eats, Shoot and Leaves: A Zero Tolerance Approach to Punctuation.

Then I told Carl there were strings attached to the gift.

I asked him if he would write a short response to the book in which he explained one thing that he enjoyed or learned which I could use in my blog.

Here is his response:

A Book Report by Carl D’Agostino on Eats, Shoots & Leaves by Lynne Truss

If you see how the two pieces of punctuation in the above title affect understanding a great deal, you will enjoy this book and even learn some history. If you don’t see alternative meanings, you need to read this book. Truss says, “Punctuation gives sentences manners.” She explains how punctuation allows sentences to speak to us rather than merely appear before us.

I am glad Mrs. Schuls-Jacobson gave me this reading assignment (over spring break – sheesh).

Carl emailed me a great cartoon to accompany his response. Extra credit bonus points duly noted and awarded. Even if this illustration was created six years ago, it’s still funny. 😉

So thank you and congratulations to Carl! If you like his illustrations, you can find lots more of them here on his blog I Know I Made You Smile.

And to the rest of you, keep those comments coming. My blog will be a year old in May. I’ll probably have some other special surprise up my sleeve.

Unless it is really hot outside, and I’m not wearing sleeves. 😉

19 responses to “Rewarding My Frequent Fliers”