Way back in September, Leanne Shirtliffe (aka: Ironic Mom) asked me when I might want to have the Things make a stop in Rochester on their Excellent Adventure, and I knew I wanted them during the winter. Duh!

There is so much to do here when there is snow. I figured we would go skiing, make snow critters, go sledding and ice-skating, have them help us make snow tunnels, and bring them inside to a roaring fire. You get the idea. When Leanne contacted me in December, I had to decline her offer because there was no snow in Rochester. She asked me again a few weeks later, and while we were still without snow – I figured by the time the Things made it to me, we’d certainly have some white stuff. But as anyone from this part of the United States can tell you, the weather this year has been positively wonky. Here is a pictorial about our time with the Things.

I swear Rochester is usually much more fun than is perhaps depicted here. Maybe.

In Rochester, this season,

No sledding, no skiing.

for adult or for child.

I found I had nothing to do

I opened my door 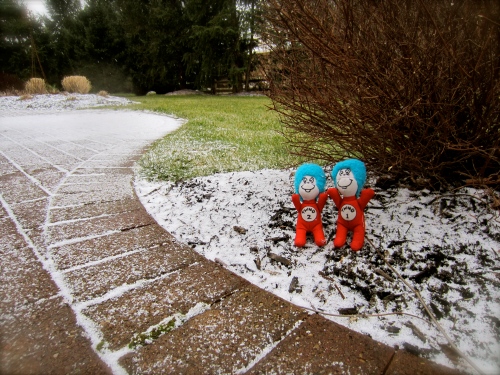 They were positively chilled

Having spent the night outside

So I brought them in our home

To entertain them, we tried.

We wanted to show the Things

A most wonderful day.

We took off to Great Places

We took off and away.

Lake Ontario. Toronto, Canada is on the other side.

We drove to Lake Ontario.

We drove with great care.

And though I said, “Pull over carefully!”

Hubby pulled over There.

The Things thought this was funny. Hubby? Not so much.

When he parked There in that spot

Hubby rolled over a bolt.

And when his tire popped,

We felt the horrible jolt.

The Things thought tire shopping was fun. Hubby? No so much.

As things sometimes do

So they didn’t worry,

No, they didn’t stew.

They played in the tires

That had been stacked, just so.

They played until the people 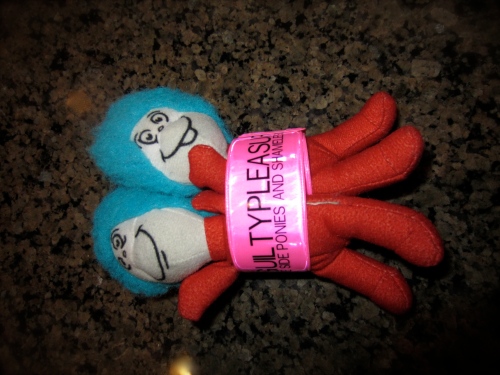 Want some bracelets? Check out http://GoGuiltyPleasures.com Julie will send some to you!

The next morning I found the Things

They were quite a sight.

They’d gotten into some trouble.

They’d found some bracelets from GoGuiltyPleasures

and seemed a little low.

But I untangled them and told them 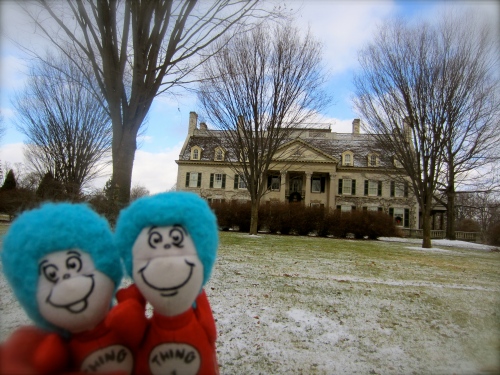 The Things liked learning about Brownie cameras. Hubby? Not so much.

We took the Things to George Eastman House

I explained that if it hadn’t been for George

Picture taking wouldn’t be the same. 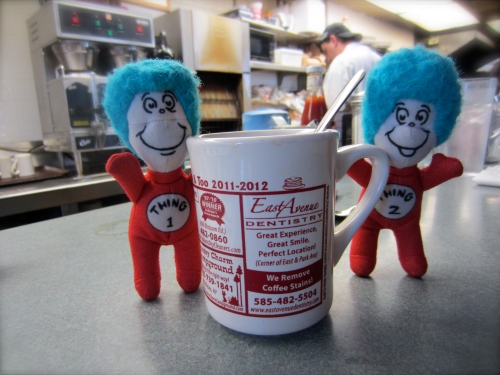 Jim's Diner on Winton. Tell them Renée sent you.

We all began to shiver

So we drove to our favorite diner.

“This coffee couldn’t be finer!”

We took the Things to Lock 33

On the Canal called Erie.

We had no mule whose name was Sal

And the Things were mighty weary. 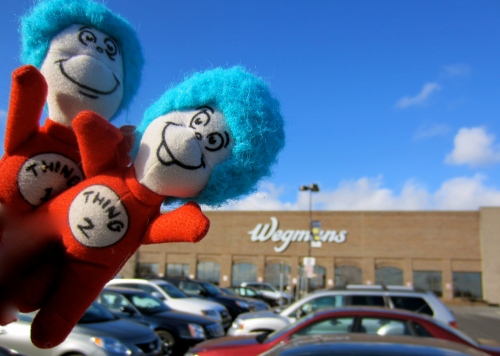 Still, we took them to Wegmans Market

Best grocery store under the sky,

And once inside the Things perked up

There were so many things to try.

Jimmy from Produce loved The Things

They thought the store was swell.

They hid in the red peppers

And in a pile of lobster shells.

We took the Things to temple.

To show them how services were led.

They were very respectful

And wore one yarmulke on top of their heads. 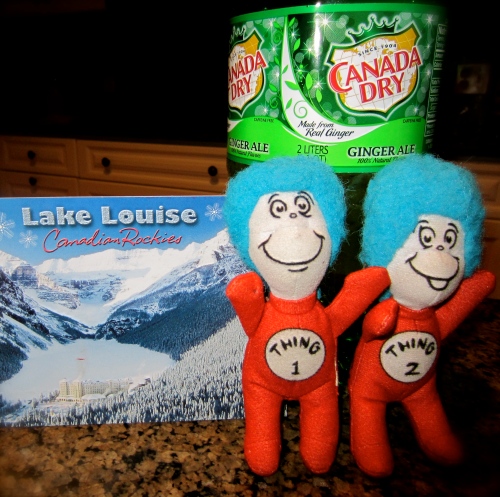 One night the Things seemed homesick.

I pulled out a postcard of the Rockies

and brought out the Canada Dry.

The next day, miraculously

the snow – it had arrived!

And even took a class.

And while they loved their toothpick sabers

They decided to take a pass.

We took the Things skiing

They liked to go vroom

They liked when I went very fast

So I zigged and zagged and zoomed! 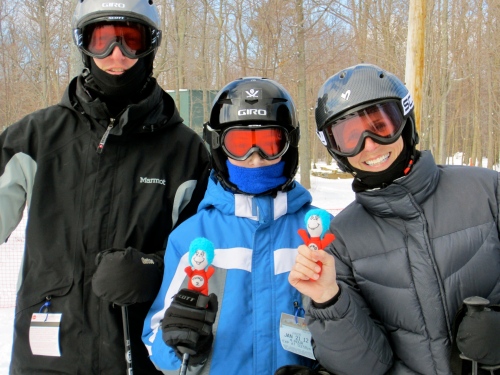 The Things at Bristol Mountain

When their stay was over

And gave each other high-fives.

As I placed them in an envelope

addressed for their next temporary stay

We agreed we would miss those Things

and sent them safely on their way!

**NOTE: The snow melted the minute I sent the Things overseas to their next destination. Yup, they are headed to Switzerland to begin the European leg of their Tour! {Watch the news for “global weirding” in Europe.}

To read more about where the Things have been so far, click HERE.

So what would you have liked to have done with me and the Things? In Rochester, New York? In February? With no snow? IYKWIM.

56 responses to “Continuing Their Excellent Adventure: The Things Come To Rochester, New York”