The Best Card My Son Received For His Bar Mitzvah: When Hilarious Meets Holy 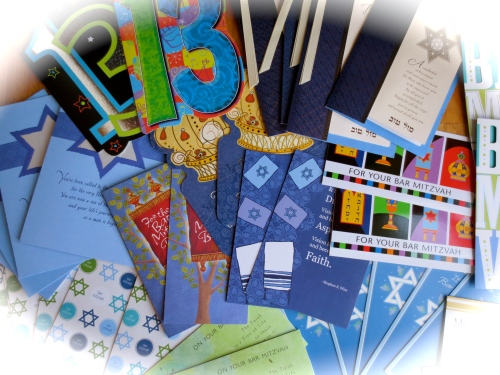 A small sampling of the most popular cards Tech received for his bar mitzvah.

Apparently, there are 7 different store-bought cards a boy can receive for a bar mitzvah.

And don’t get me wrong; they are all lovely.

Friends and family wrote wonderful messages to Tech, who insisted on reading each note before looking at the gift.

After a while, we did start to keep a little tally to see which card would be designated the “most popular card to receive on your bar mitzvah day.”

This was the one. 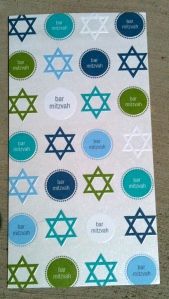 Tech got a lot of those.

There were waaaay more cards for a girl celebrating her bat mitzvah. 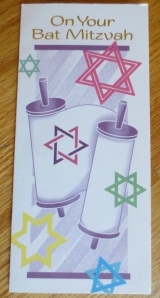 Tech received this card from his grandmother.

I don’t think she was trying to be funny.

But it was extremely funny. *smiles*

Hands down, the best card, came from one of my husband’s oldest friends.

Neil is known for his kooky gifts. It’s his thing. He once gave Tech a sushi stapler; the child looked like he had won the lottery. Another time Neil had just returned from a trip overseas and gave our son a black baseball cap that had “Fukuoka” embroidered in white on the back. Wearing it, made Tech feel like he was getting away with swearing when really he was simply advertising a city in Japan located 1,100 kilometers from Tokyo. More recently, Neil brought us an enormous jar of Polish pickles.

So of course, it should have been no surprise when we saw Neil’s card. 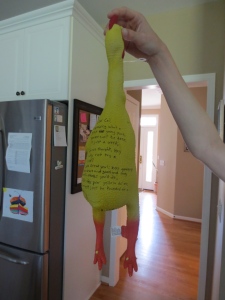 Yup. He penned it on a rubber chicken. 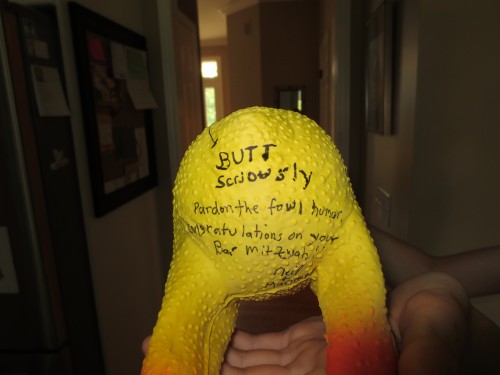 In case you can’t read it, it says: “Butt seriously, pardon the fowl humor. Congratulations on your Bar Mitzvah.” Very punny, no?

When I told Neil how awesome it was that he took the time to find a rubber chicken, that he even had the idea to write on it, he waved his hand dismissively.

He found a way to make Tech’s bar mitzvah – which was already amazing – even more memorable.

In Judaism, we are taught to be mindful and pay attention to the smallest details because G-d is everywhere and in everything.

Though Neil would shrug and call me meshugganah, I believe that in paying attention to the smallest details, Neil helped remind us even the most seemingly insignificant act can be something that connects us to G-d, to the rest of humanity, even the universe.

The chicken card was a small detail.

I know Tech will never forget it.

None of us will.

What little things have people done for you that have stuck with you?

39 responses to “The Best Card My Son Received For His Bar Mitzvah: When Hilarious Meets Holy”