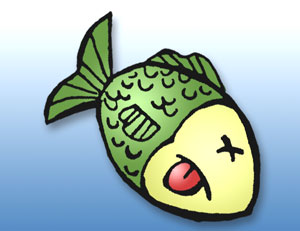 To review for those of you who might be late to the party:

We failed Goldfish-101. (So we squished three googly-eyed goldfish into one tiny bowl without a bubbler or filter? What’s your point?)

We failed at Puppy-101. (After two weeks with the puppy formerly-known-as-Mojo, Rubie now resides with my husband’s brother and my sister-in-law.)

We failed at Kitty-101. (Right at the three-week point, just as we had all fallen sufficiently in love with him, our fabulous polydactyl cat’s dander caused my husband’s allergies to go haywire, so Hemingway had to go back to Habitat for Cats.)

That was a heart-breaker.

The other night, I was informed that every one of Monkey’s brand new tropical fish – in his brand new tank is either dead or contaminated with something called Ichthyophthirius or Ich.

I don’t know; it’s some kind of parasite or something.

I’ve said this before, but no one seems to want to listen to me.

The Lord clearly does not want us to have pets.

We are great with houseplants and lawn maintenance.

My husband can grow a mean tomato.

So while Husband was feverishly Googling “How to make Ich Disappear,” Monkey was a little mopey.

He had dared to name his fish, so he was more than a little bummed about Hoodie and Mad, Derpy and Silverstein and The Something Brothers.

I went to his bedroom to console him, and offered to read him a book,

He wanted something short. 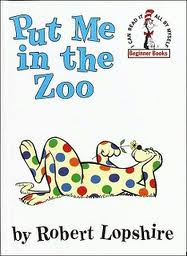 “Really mom?” Monkey said, “A book about animals with spots?”

In hindsight, perhaps not the most sensitive selection.

Returning the book to his shelf, I grabbed another.

I hardly looked at it.

Hubby came upstairs then and adjusted the temperature in the tank to 86 degrees.

He announced that Ich can be killed if you increase the temperature, but that the tank would need treatment too.

You know, because the parasite is all over everything. The rocks, the plants.

I hate parasites. How they get all over everything like that. They are so nervy.

Anyway, Hubby saw the book I was preparing to read. 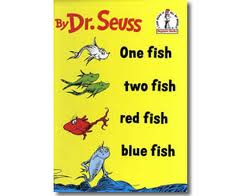 Because pathos can be funny.

Especially when it rhymes.

Hubby and I smooched our son and told him we’d work on things in the morning.

Meanwhile, I ran downstairs and hopped onto Facebook to discuss the issue.

My friend Melissa reminded me of those dog collars they used to have at fairs.

You know, the ones that have a little harness and make it look like you are walking a dog?

Only there isn’t a dog.

Because that is what we need.

And to the person who joked that we need to get a pet rock?

His name was Rocky.

(Which reminds me, we failed at cyber pet ownership, too.)

Yeah, I am pretty sure we are at invisible.

Can you think of other things that would be insensitive (read: really funny) to sing/read/watch/do when your kid has a fish tank contaminated by a funky parasite?

This entry was posted in Humor, Parenting and tagged books you shouldn't read when your tank has ich, Fish, how to deal with the loss of a pet, Humor, Ichthyophthirius, Parenting, Pets. Bookmark the permalink.